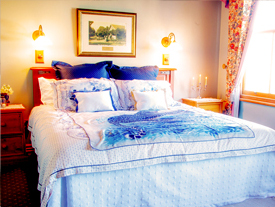 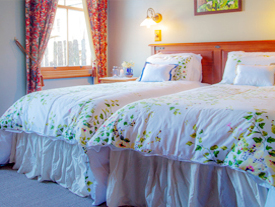 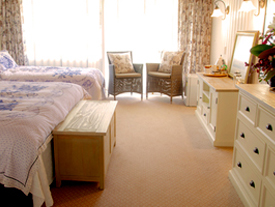 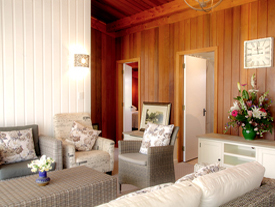 The Okoroire Hot Springs Hotel, a proud New Zealand property dating back to 1889 and listed with the Heritage Association of New Zealand, has had a significant refresh. The hotel’s vast land occupies 70 plus acres of natural beauty, including a wonderful country style nine-hole golf course, also our onsite historical and natural hot springs. There are many facilities available in our 21-room property catering to singles, couples, families, or friends travelling together including our 100 seater restaurant, saloon and private bar area both with Sky access, complimentary wifi in all rooms and most public areas for the convenience of our guests.

We provide boutique style conferencing facilities, breakout areas, a large covered outdoor dining area with marquee and BBQ and the beautiful deck area off our main bar overlooking the golf course.
We are immersed in history, character and New Zealand charm with a unique location and experience, which cannot be rivaled. Ninety per cent of our team are all from the local areas of Tirau, Putaruru, Tokoroa and Matamata – to add to this genuine New Zealand experience. Okoroire Hot Springs Hotel is located in South Waikato, only 45 minutes drive from Rotorua, Tauranga and Hamilton, 60-minutes from Taupo, 20-minutes from Matamata and Cambridge or two hours drive south from Auckland Airport.

There are many iconic attractions you can visit within an hour’s drive from the hotel. These famous places of interest include Hobbiton (20-minutes drive), The Blue Springs (10-minutes drive), TePuia or Tamaki or Mitai Maori Villages, Hellsgate Geothermal Park, Agrodome, Skyline Rotorua, Hamilton Gardens, Hamilton Casino (all 40 to 50 minutes drive).

The springs began to attract European attention about 1883 when the road from Tirau to Rotorua was completed. A Mr Geoffrey McLean erected a shelter over them and parties using the Tirau hotel as a base could cross the river by a swing bridge of the Waihou River on the Somerville and Allen properties. They were able to hire tents and camping equipment from the hotel. By the late 1800’s L.D Nathan and Co had acquired the hotel property of 76 acres.

The hotel was completed during the summer of 1888-1889 at a cost estimated of 2000 pounds. Mrs Isaacs became the first licencee in June 1889 and supervised the building of 4 baths while also said to have been responsible for planting the avenue of plane trees on the path to what is now the hotel. It is probable that they were also responsible for the planning and supervision of the planting and laying out of the hotels extensive grounds. 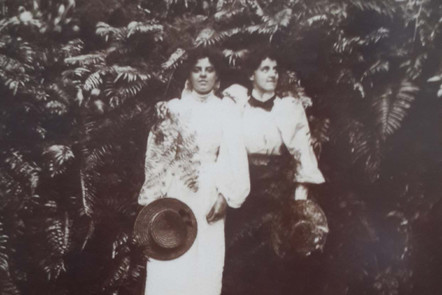 The hotel is now nearly completed, and with the additional cottages, stabling, baths, etc., and the contemplated improvements in planting and laying out the grounds, will entail an expenditure of close upon 2000 pounds. The hotel is a one storied building, containing seventeen rooms, fitted up in first-class style, and subdivided into single and double bedrooms, drawing-room, dining, sitting, and smoking-rooms and bar. A billiard-room, with first-class table, will be provided shortly. The license will be applied for on the 8th of June next by Mrs. Isaacs, who is supported by Messrs. L.D. Nathan and Co. The Okoroire Sanatorium is situated a short distance off the Oxford-Rotorua road, at a point about six miles from Oxford, and some four hours’ drive from Ohinemutu.

The Hot Springs, which have been known to the natives for generations, for their healing and medicinal qualities, are situated on the left bank of the Waihou river. They furnish an unlimited supply of water of different temperatures, the medicinal properties of which are good for the cure of all forms of rheumatic complaints, etc., and are the only sulphur baths north or Auckland side of Rotorua. As the visitors to the hotel have the free use of the baths, the concession will make them additionally popular and attractive. The property comprises over 70 acres, and has a quarter of a mile of frontage to the Waihou river. The hotel stands on the crest of the hill, whence there are gentle terraces to the river, affording every facility for landscape gardening. It is intended to plant the grounds with trees during the next season, and a lawn tennis ground will be laid out on a plateau midway between the hotel and the baths. From the sanatorium, which is called Okoroire, from the general name of the block, but for which the local name of Arapuni would be more euphonious, a splendid view is obtained of the surrounding country.

Southward and eastward, the eye takes in everything from Lichfield- the Rotorua bush, the Waiti-Karanui Ranges, and Te-Aroha, standing sharp and clear against the sky. On the eastern side are to be seen Maungatautari and the Maungakawa Ranges, and all the country away to Morrinsville, while the extensive plains of the Thames valley lie stretched out in panoramic view. The cold, crisp air, sweeping over the plain from the mountain ranges, is bracing and salubrious, and must make Okoroire Sanatorium a healthful and pleasant retreat, especially in the summer time.

The great attractions of the Okoroire Sanatorium are the Okoroire falls, with their natural stone bridge, and the baths. Here nature has made the spot by her marvels all that could be desired, and it remains for art and the enterprise of man to utilise them. The hot springs issue from the face of the bank on the margin of the Waihou, and the quantity of water is ample to supply any number of baths desired. The water appears to be strongly tinctured with iron. Mr. Isaacs has already constructed four baths, some of which are lined with concrete, the water being of varying temperatures in the different baths. Some of the baths are built over with sub-divided recesses for the bathers to undress in, and steps leading into the baths, which are a little over five feet in depth. One spring of an effervescing character, is left uncovered for those who like bathing in the open air. It is intended to run a main from the waterfalls to the Baths, so as to give shower baths, but at present there is an excellent substitute, as the bathers can walk out of their hot Baths into a recess on the margin of the Waihou in front of them, and enjoy a dip in its cold sparkling waters, while the main stream hisses and seethes on its passage from the Falls down the valley. The Falls are unique in their way, and only some fifty yards above the Baths. At this point in the Gorge, the waters of the Waihou have got hemmed into a narrow passage, where in the course of ages the stream has not only drilled out a track in the ravine, but finding itself blocked by the huge boulder formation lying across its path, has gouged out a subterranean passage beneath the rock formation, and issues thence down the declivity in a grand column of seething foam into a basin beneath, where the circling eddies are lost in the central whirlpool. The banks of the river and the natural rock bridge are adorned with ferns and lichens, which go to make up a picture of sylvan beauty in this romantic dell, where one can sit and listen to the roar of the rushing water for hours.

At present there is a detour, as already stated, from Oxford, of some seven miles to the Sanatorium, but this can be obviated by a road from the Okoroire flag station, which is within two and a-half miles of it, running through the Agricultural Company’s estate, and which could be connected by this means. We understand that the Agricultural Company, through whose land the road would pass, are willing to give the land, provided it is fenced. Mr. F. D. Rich on behalf of the Patetere Company, offers to supply the timber free for the bridges on account of the benefit the road will be to a portion of the company’s estate, and the proprietors of the hotel will also give 100 pounds towards the work. The total cost of the work is estimated at 500 pounds. It is believed that the Piako County Council will also aid the completion of the road, on account of the public benefit derived.

The matter was brought under the notice of the Chief Commissioner of Railways (Mr. McKerrow) during his stay, by Mr. F.D. Rich, with a view of seeing if the Railway Commissioners could render any aid or facilities towards carrying out the enterprise. Mr. McKerrow was so far favourably impressed with his visit to the Okoroire Sanatorium that he has taken a note of an application to place it on the same footing as Te Araho with regard to tourists’ railway tickets.

There is little doubt that the Okoroire Sanatorium will become a half-way house between Auckland and the Rotorua District. Tourists will be able to go on to Te Aroha, visit the hot springs there, and can then come on by rail to Oxford, and thence to Okoroire by ‘bus, or instead drive by coach or buggy from Te Aroha by the Te Aroha-Lichfield Road (thirty miles as the crow flies), with which a road from the hotel junctions, and which is likely to be the route taken by the visitors from the Upper Thames, to Okoroire, to Lichfield, or to Rotorua and Taupo. The proprietors, foreseeing the tourist traffic likely to ensue from the central position of the Sanatorium, have provided ample stabling, so that buggies, && c., can run between these points. Visitors to Okoroire will be within four hours of Ohinemutu, and to which they can proceed, after doing the district. Everything has been provided at the Sanatorium for the convenience of visitors, and there are all the accessories of a well-appointed establishment. Game seemed to be plentiful in the locality, and as we passed along in the coach the pheasants could be seen running about in the fern, and the wild duck disporting themselves on the waters of the Waihou. Some salmon trout have been placed in the stream, so that in the days to come the disciples of Izaak Walton may find opportunity for their favourite pastime. With the railway facilities to be given to tourists, there is every likelihood that next summer the Okoroire Sanatorium and Hot Springs Hotel will become a favourite place of resort alike for the Auckland pleasure-loving public, Australian visitors, and the English tourists en route for the Lake Country.

It is only a question of time when the tourist traffic will develop into proportions greatly in advance of those already existing. The Government will find it to be impossible, after the expenditure of so much money, to leave the Thames Valley and Rotorua Railway in a cul de sac at Rotorua. In order to make it remunerative it will be necessary to take it along the tourist route up the Waiotapu Valley to Waiarakei, and skirting the eastern shore of Lake Taupo effect a junction with the Napier Railway. Some such scheme as this is contemplated in the contingencies of the future: two objects would thereby be accomplished, all the principle places of interest to tourists would be made easily accessible be rail, and the money already expended, lying idle and useless, would have a chance of giving at least some return in the shape of interest.